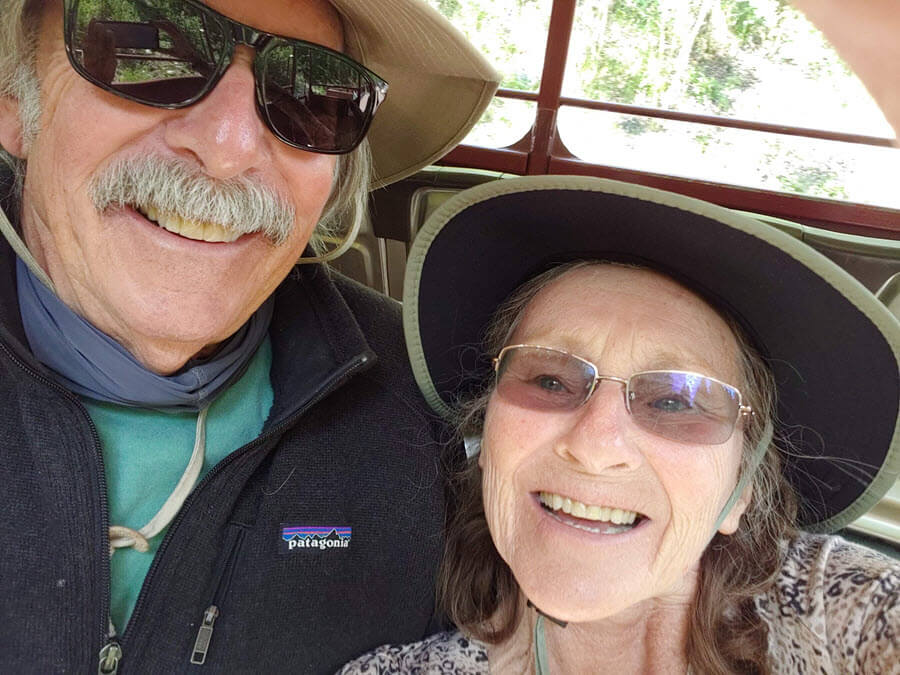 After two years of RV travel, I finally agreed to Michael’s broken-record pleas that we sell the house and go fulltime on the road in our RV. Now I faced the undeniable need to reduce our possessions by at least half. It was time to purge. Packing up all this stuff and putting it in storage would be ridiculous. Most of it was junk. The very thought of dealing with it exhausted me.

But I felt motivated. If we got rid of the stuff, we could sell the house. Without the house, we could hit the road. Yes!

I looked around, took a deep breath, and vowed to become a minimalist. I started in a front bedroom, which I used as an office. I began with three, six-foot bookcases and started filling boxes and garbage bags with books, binders, and papers. As I pulled out books, I saw yellowed pages filled with notes and dates from decades ago when I had first read the book. I realized that if I ever wanted to read Henry David Thoreau’s Walden again, I could buy a new copy with clean pages and easier-to-read print. It felt good to get rid of all these musty books. But after spending an hour or two each day for a week and not emptying a single bookcase, I decided to take a break from books.

The closet in this same front bedroom bulged with so much stuff I couldn’t categorize its contents. I knew there was tile on the floor somewhere under the three filing cabinets, two shelving units, and piles of boxes. I’d not looked at any of this stuff in years. It all had to go.

The closet had been a convenient place to stash family photographs and other sentimental things that had belonged to my now-deceased mother, like her sewing and serger machines. I even had her ashes sitting on the top shelf of that closet.

The shelving units held printer paper, two dead laptops, several old computer cases of various sizes, and more. Gift-wrapping paper and bows sat on the floor in plastic bags. I’d squeezed the ironing board against the wall at one end, the only place with a single inch of available floor space.

Before I had half-emptied the closet, I quit in anger and fatigue. Why hadn’t my excited husband jumped in to help? He was the one wanting to downsize and live in an RV. He should be emptying this place, not me. Something wasn’t adding up. I called him back to look at this overwhelming amount of stuff and ask why he wasn’t helping. I felt like crying I was so tired.

I could have written this script before the conversation ever happened. I knew my husband well.

“You realize I’m going to need some help getting this house emptied out, don’t you?”

“But it’s your stuff. I don’t know what to do with your things.”

“Michael, how can you say all this stuff is mine?” I pulled out a roll of wrapping paper, held it up, and shook it at him. “Do you not use gift wrap, too?”

“Well, no. When I need something wrapped, I just give it to you and you do it for me.” He laughed. “So, it’s your wrapping paper! You’re the one who uses it.” Giving me a flirtatious wink and an affectionate little pat on the behind, he went back to the newspaper, Facebook, or whatever else he had been doing before the interruption.

During our weeks of excited chatter over the possibility of becoming full-time RVers, we had spent time talking about the challenges of being gypsies. Things like medical care, mail-forwarding services, maintaining connections with friends and family. One thing we’d touched upon was the potential impact of all that togetherness on our marriage. Could our relationship tolerate that kind of ongoing, unrelenting proximity?

I stood there with that bag of wrapping paper in my hands for a long time after my husband had sauntered out. I despaired that we would ever empty this house enough to take off on the road.

And to tell the truth, at that moment I questioned whether my marriage would survive the emptying of that one bedroom closet.